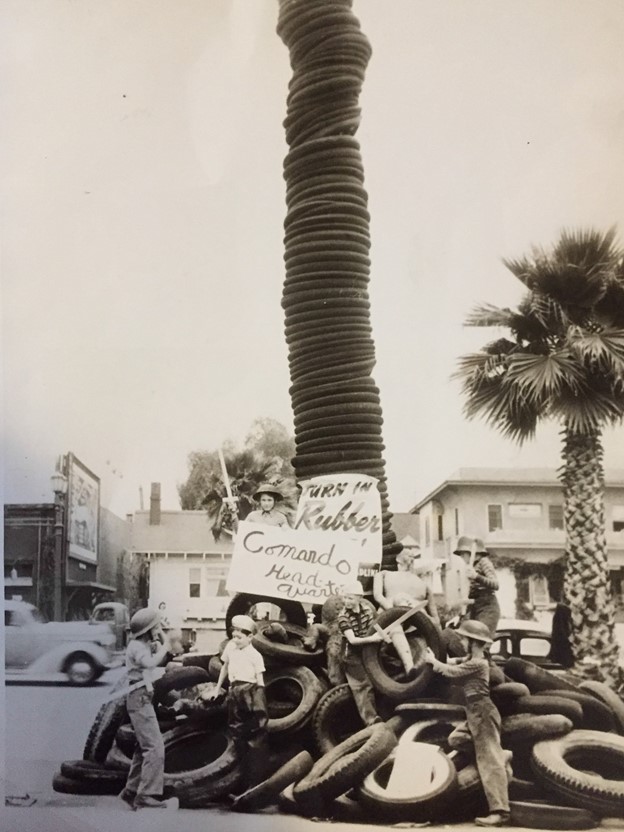 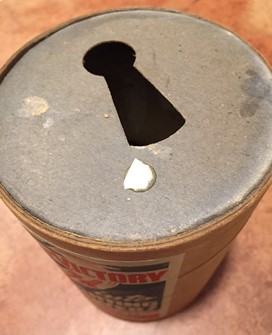 Scrapping for victory! These Hollywood boys did their bit for Uncle Sam by dragging and rolling all sorts of rubber scrap, including a rubber alligator, to a service station pile after the nationwide salvage drive opened.

Scrapping for victory is one aspect of the WWII Homefront that was no respecter of persons. Every man, woman, and child could participate in some way as Americans were urged to “Throw your scrap into the fight!” There were drives for all sorts of scrap metals, newspaper, rubber, waste fats, rags, nylons and silk. Americans became very experienced in cleaning out their closets, cupboards, and yards in donating to the cause.

Apparently, not even an abandoned key, hiding in a junk drawer, was too small to overlook as demonstrated by the cardboard key collection container that survived the war.

One collecting favorite for our youth was gathering up discarded tinfoil from chewing gum wrappers and cigarette packages. These would be crumpled into a ball and turned in to the scrap drive. The war must have ended before this example could be donated. It was purchased from eBay some 65 years after the war ended. 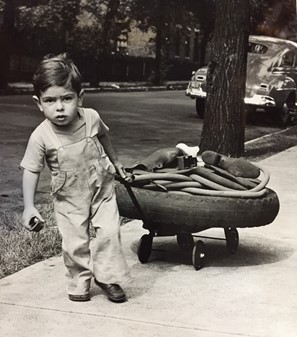 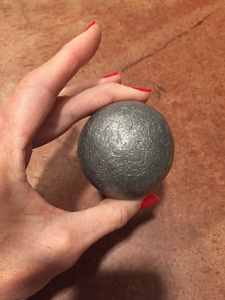 Two-and-a-half-year-old Jerry’s ears were opened wide with stories about Dayton’s scrap rubber drive, so he decided to do something about it. That was a resolution resulting in Jerry bringing in this load of rubber–a tire, some hose, overshoes and several toys, all of which will add up in helping reach the local quota of the drive.