When paired with the M15 Trailer it is referred to as the M25 Tank Transporter, This vehicle was developed for retrieving knocked out tanks. It was powered by a 1,090 cubic inch Hall-Scott 440 gasoline engine. It used two 60,000-pound capacity winches and a 35,000 pound capacity winch mounted in the front for recovery operations. The max speed was 28 mph. The M26 Pacific which came before the M26A1 featured an armored cab. The recovery of the knocked-out tanks often times did not take place during the heat of battle and therefore the M26A1 design replaced the armored cab with a non-armored version. This reduced unneeded weight and reduced the cost to build the vehicle. This truck has dual chain drive that transfers power to the rear wheels. This vehicle had a crew of 7 men that rode in it and served as mechanics, and crewmen when recovering armored vehicles. This was the largest American vehicle on wheels in WWII. 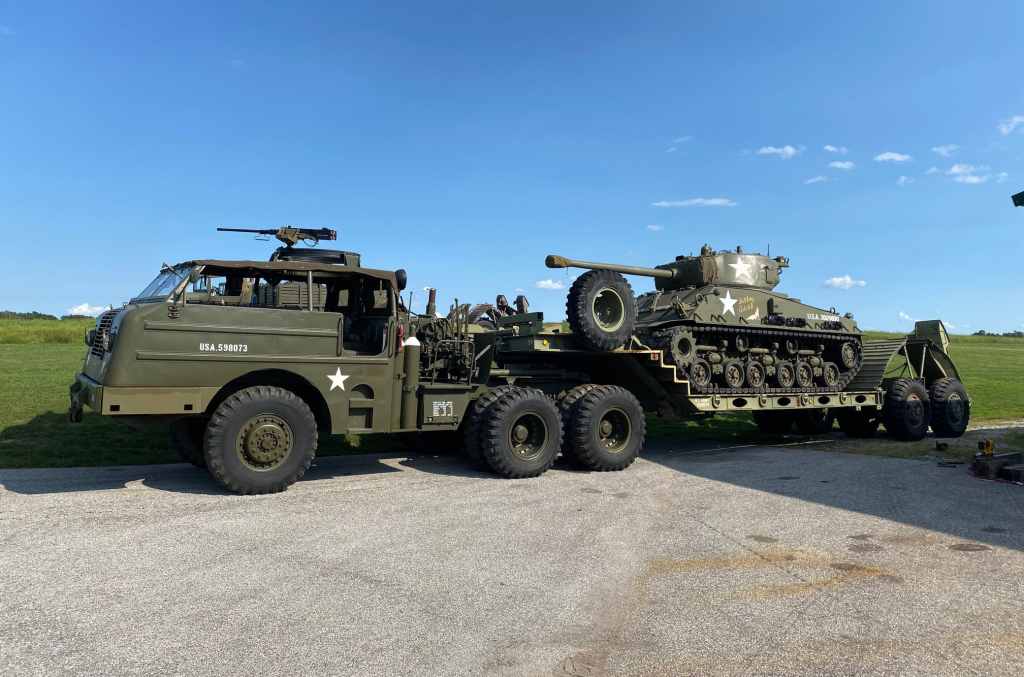