This 1943 Dodge Ambulance designated the “WC54” was one of roughly 26,000 built during the war. The WC54 saw action in both theatres of operation and was a mainstay vehicle for medical units. This vehicle could accommodate 4-7 patients and a driver. A large heater mounted on the vehicles firewall provided comfort in colder climates.

This particular WC54 comes to The WWII American Experience on loan from a private collector. Fresh from restoration in 1998, this WC54 won several awards at esteemed military vehicles shows.

Co-founder Loni Buck’s father, Gene Zimmerman drove an Ambulance similar to this one while serving during the Occupation of Japan after the war. 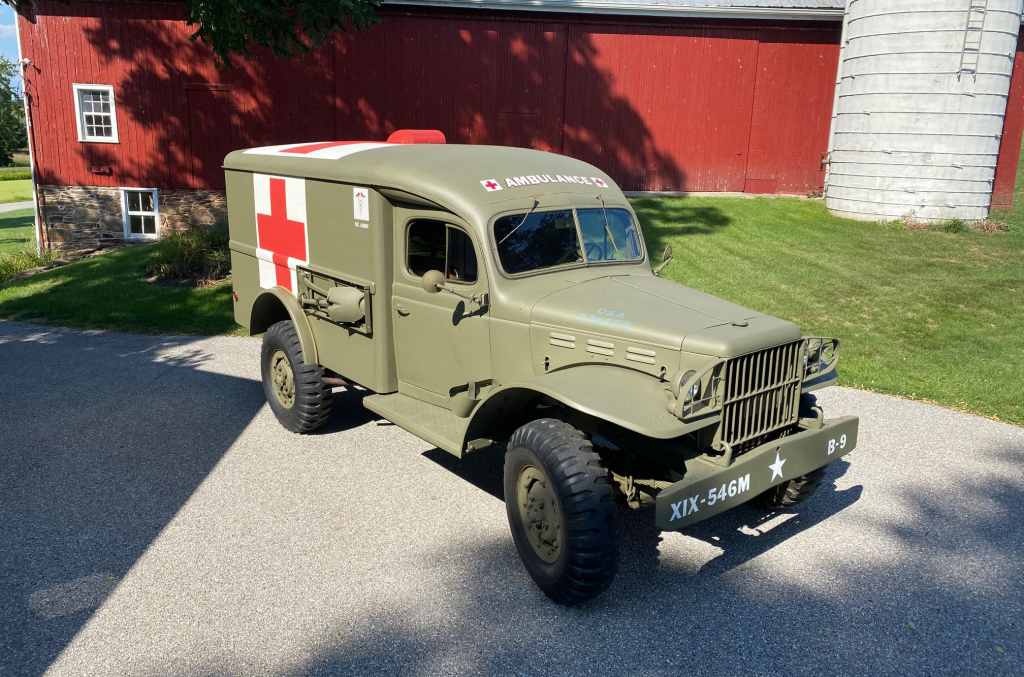