During WWII the Japanese cut off America’s access to Java plantations where “kapok” was grown. Typically, kapok was the material used as filler for life jackets. When it was no longer available, an alternate fiber was desperately needed. How else could we keep a downed aviator or soaking-wet sailor from drowning?

A Chicago physician and inventor named Dr. Boris Berkman proposed that milkweed floss would be even better than kapok for the job. The U.S. Navy then conducted extensive tests proving that a pound of the floss (equivalent to two open-mesh bushel sacks) could keep a 150-pound man floating in the water for more than 40 hours. And so it was that the common milkweed lost its lowly “weed” status and was elevated to being a strategic wartime material.

When Petoskey, Michigan’s first official milkweed crop was ready for picking by Sept 16, 1942, the call went out to families, community organizations, and schoolchildren, and that call was answered with gusto. It is reported that at least 1,000 bags were picked before rain ended the day. Local fairgrounds were used as drying stations where bags of pods were hung over every available fence and building.

The pod-picking operation relied heavily on the labor of children as well as adults and was testament to a civilian army encompassing people in 25 states and two Canadian provinces. The government’s slogan–”Two Bags Save One Life”–provided a simple message to all involved: that they were doing their part for the war effort. And most of them understood this. 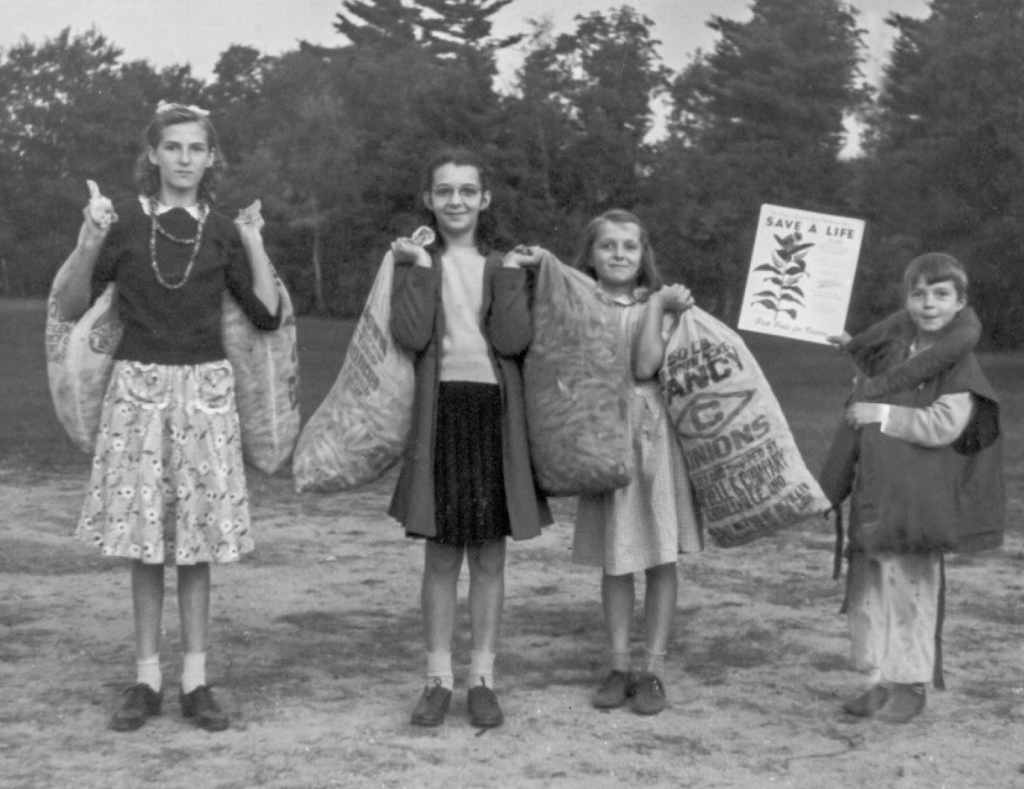 Children were recruited for pod picking.  The boy at right wears an oversized milkweed-stuffed life vest.

Taken from: “A Weed Goes to War, and Michigan Provides the Ammunition.”  by Gerald Wykes (a historian, interpreter, and freelance illustrator), provided by Michigan History
magazine. 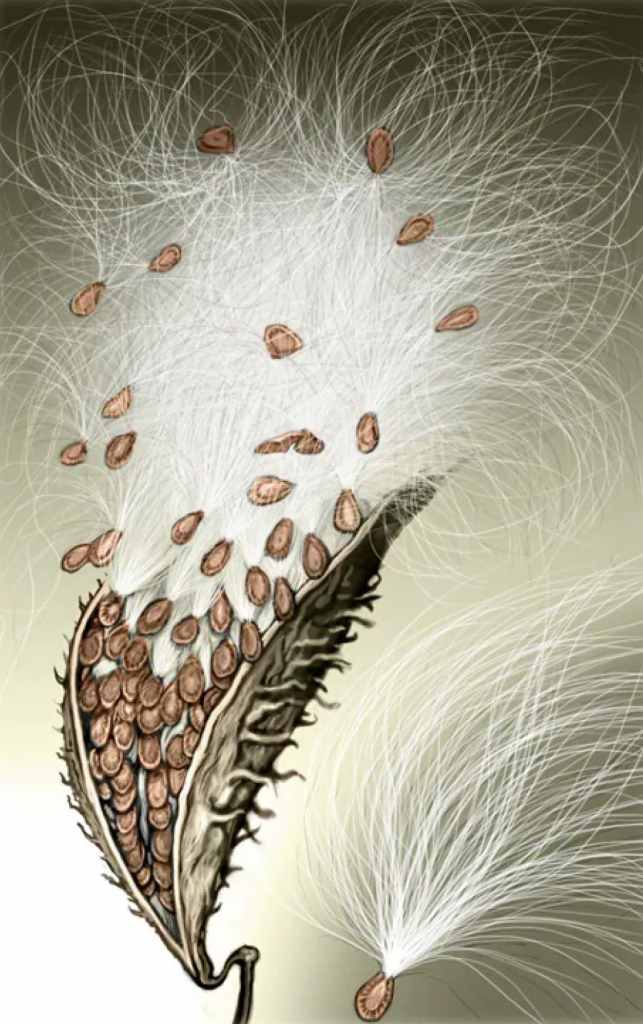 The heroic milkweed with pod, seeds, and fluff. 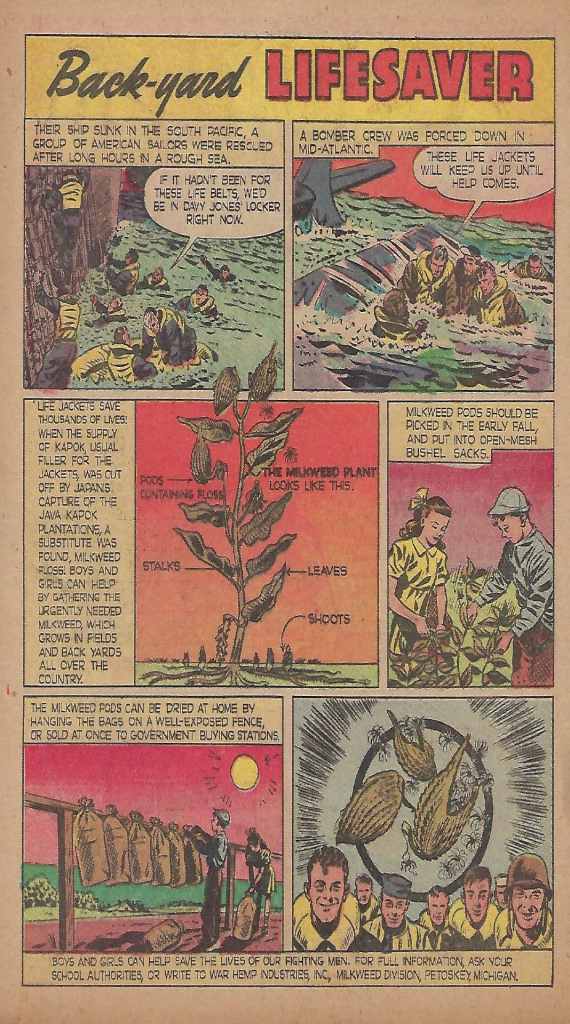 Photo is courtesy of The Christine Lurk Collection.