In military conflicts prior to World War II there were no aircraft capable of long-range flights so up until then there was no concern with airborne attacks to American soil. However, between 1919 and the start of World War II, great accomplishments in aeronautics occurred and the long-range bomber was created. This meant that an air attack from an overseas enemy could very well become a reality. In order to protect the American public from such a threat a warning system needed to be developed. The American East and West coasts were especially vulnerable to attacks from German or Japanese bombers. Available mechanical technology at the time was limited to sound detectors which were felt to be inadequate and utilizing the military as lookouts and spotters was seen as an inefficient use of soldier time. Therefore, it was determined that the American people could help fill this gap and play a role in aircraft detection by serving as aircraft spotters. The American legion helped organize volunteers in 1941 and the Aircraft warning service (AWS), a civilian arm of the military’s ground observance corps was created. Next observation posts, information centers and call filter centers were established on both coastlines. As the war escalated, thousands of observation posts were established on the east coast from the top of Maine to the tip of Florida, and roughly inland as far as the western slopes of the Appalachian Mountains. On the west coast, posts ranged from upper Washington to lower California. Men and women who were determined 4F status, meaning they were unfit to serve in the military, were recruited to the AWS to be aircraft spotters. These volunteers were given extensive training in aircraft recognition and provided materials such as aircraft spotter dials, aircraft recognition playing cards, aircraft identification cards and hard rubber aircraft models to help them learn how to identify American, British, German and Japanese planes based on wings, engines and aircraft shape. There were even aircraft recognition bees to test the knowledge of the spotters. At the peak of the war over 750,000 individuals were involved in the AWS throughout the country. Spotter towers and call centers were manned 24 hours a day, 7 days a week. These volunteers were extremely vigilant and would report any aircraft spotted. Often times reports would be called from multiple observation posts allowing for triangulation and accurate tracking of aircraft. Fortunately, no enemy bombers ever made their way to the U.S. and the AWS was deactivated in May 1945. However, the many hours of time spent by the spotters and call center operators were not in vain and proved helpful in other ways to the military. Simulated combat exercises on the East coast during training operations often lead to plane crashes and the work of the aircraft spotters allowed for the speedy rescue and recovery of downed pilots.
NOTE: Information for this article was obtained from a Wikipedia article entitled “Aircraft Warning Service” 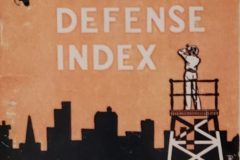 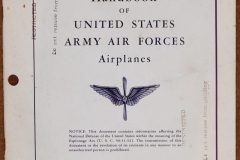 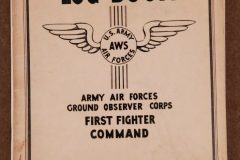 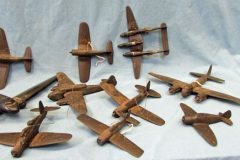 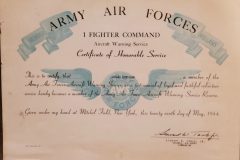 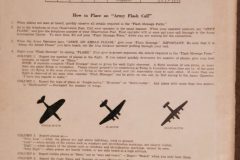 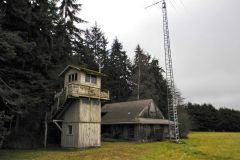 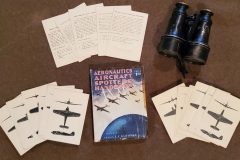