The reason for the bright colors was so the jeep would be seen by the pilots of the aircraft.  Their flight line was always a dangerous place to be and with fog, poor visibility from a confined cockpit, night time flights, and/or returning tired and potentially in a shot up plane after a long and arduous mission the risk of a plane vs flight line vehicle accident dramatically increased. These Jeeps were used to lead the planes to their designated hanger or revetment.  Often a plane would land at a base they had never been to before, so the crew did not know their way around the runways and taxiways.  This is where the “Follow Me Jeep” took over leading the planes through the maze of runways. Large “FOLLOW ME” signs were sometimes mounted on the back of the MB/GPW Jeep with braces.  These jeeps would pull up in front of a plane after it landed and guide the plane down the taxiway to the location it was to be parked. 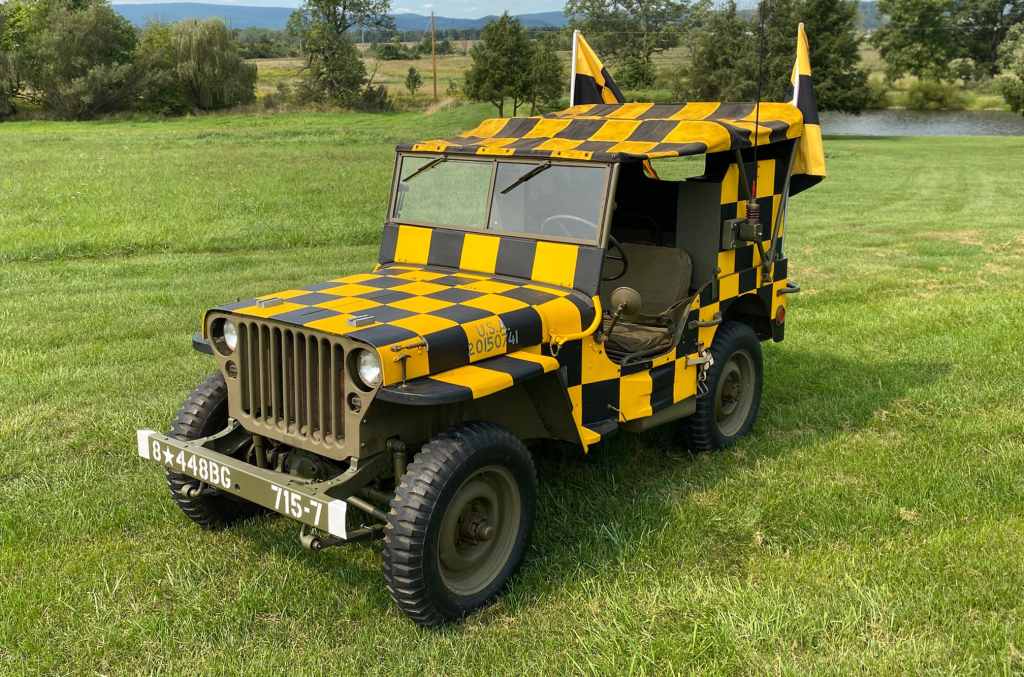