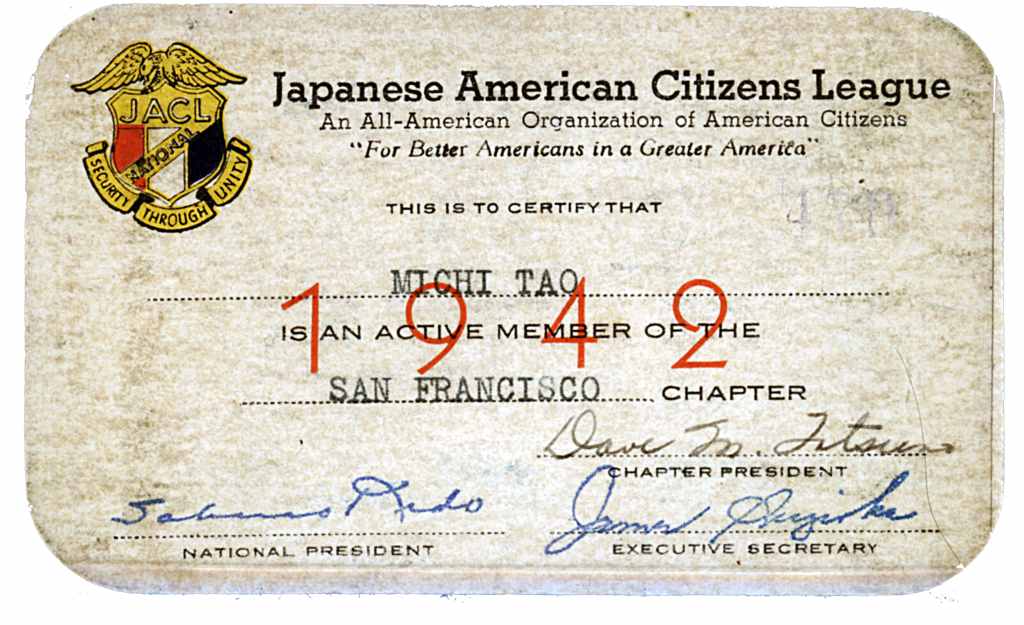 Mark A. Bando’s mother’s membership card in the JACL, dated 1942.

Prior to the difficult days following Pearl Harbor, the JACL was mostly not needed, but a JACL exec named Mike Masaoka took the lead. He had Nisei citizens issue a mass statement, which was an oath of loyalty to the United States, and he encouraged the people who were being interned, to go peacefully and to cooperate with the US government.  He also went to Washington and met with FDR and they formulated the idea to create an all-Nisei infantry unit, to fight the Axis Powers and thus demonstrate loyalty of the Japanese Americans to the USA. People called him ‘Moses Masaoka’ , because he led his people out of the bewildering circumstances following Pearl Harbor, to peaceful settlement in the relocation camps. Masaoka felt that cooperation was the best option, given the volatile circumstances and calls for vengeance after Pearl Harbor.

It was a different world then, and physical resistance to the relocation would have been ruthlessly and violently suppressed and would have accomplished nothing positive, except to delay the inevitable and cause bloodshed and create more anti Japanese sentiment among American citizens, particularly along the west coast.

Sadly, now in the era of revisionist history, many Japanese Americans of the younger generations, consider Mike Masaoka to be a traitor, who sold-out his own people. This opinion is really sad, because it lacks understanding of the actual circumstances in America, in 1942.  Mike Masaoka oversaw basic training for the 442nd Infantry regiment at Camp Shelby, MS and he became a member of the famous regiment himself and earned a CIB. 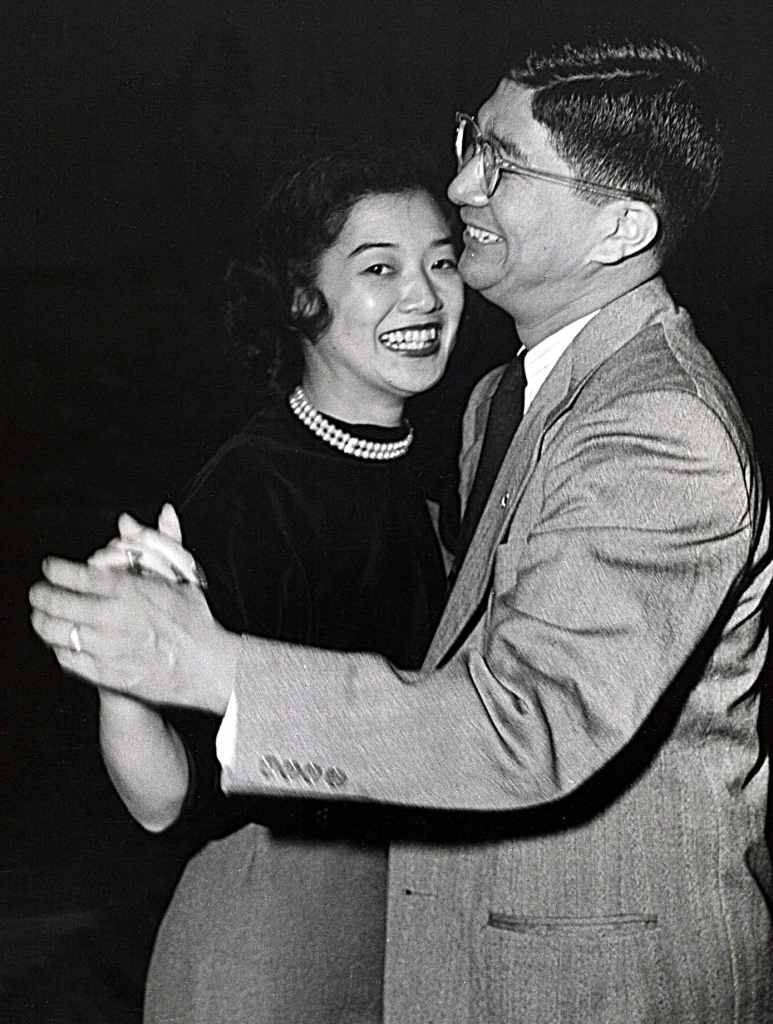 This photo shows my aunt (Shizu Sakada), my dad’s sister, dancing with Mike Masaoka at a JACL dinner, after WW2.  Her husband, Dr Randolph Sakada was national president of the JACL in the late 1940s, but he died around 1957 from cancer, when he was not yet 40 years old. Randolph was an optometrist and a talented golfer and bowler.