Home Guard Role on the Homefront and the Maryland Minutemen

In 1942, following Pearl Harbor, the American Homefront was experiencing issues with the Japanese wreaking havoc on the west coast by sinking merchant ships and on the east Coast the Germans attempting to land saboteurs on our beaches. The concern was how do we protect the American Homefront from a possible airborne invasion or saboteur activity with our military being overseas fighting in the war. It seemed like the American public itself would need to step up and handle these issues themselves. In March of 1942, Maryland Governor Herbert O’Conner called for the militia to assist and thereby developed a group called the Maryland Minutemen. The mission of the minutemen was the protection against enemy parachute troops, saboteurs and organized raiding parties. With most able-bodied men serving overseas in the military and resources stretched thin, the question was how to develop this militia group. Because the military had no weaponry available to issue, the Maryland State Guard was sent out to Rod and Gun clubs, trap shooting clubs and shooting ranges to recruit men to be a part of this militia force because they owned their own weapons and knew how to shoot. Because these men utilized whatever weapons they had, arms ranged from shotguns to rifles to muskets. Following recruitment, the Maryland State Guard and/or retired military personnel would provide basic field training on small arms (weapons use and maintenance, shooting positions, rapid shooting techniques, etc) and field training (basic drilling techniques, study of terrain from military standpoint and setup and maintenance of communications). No official uniforms were issued but several of these units adopted a uniform of green coveralls, black garrison belt, white shirt with black tie, overseas cap, Black Minuteman armband and brown boots. These units would drill regularly and partrol wide open areas that could be utilized as parachute troop drop zones such as golf courses and schools. The Minutemen would also assist with the identification and apprehension of saboteurs in their communities. While an enemy parachute airborne invasion never occurred on American soil, the Minutemen were instrumental in capturing multiple saboteurs. Militia groups like the minutemen existed in multiple states throughout the country. Serving their country by participating in the militia groups afforded men who were unable to serve in the military the opportunity to do their part to protect their communities and take part in the war effort.

NOTE: Information for this article was obtained from the article entitled “The Maryland Minute Men of 1942: Armed citizens summoned to homeland defense” written by David Kopel. 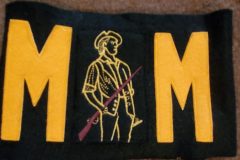 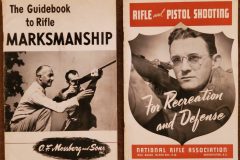 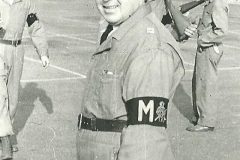 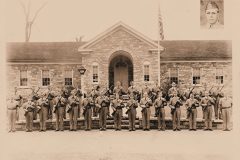 Photo taken by a newspaper staff member from “The Dugout”. 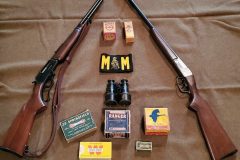 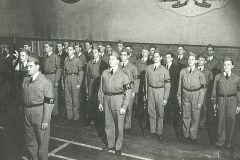